EUDEMONIA
‚THE FLOURISHING OF ENGAGEMENT IN ONE’S OWN LIFE‘

The world has changed. The last two years have altered the way we live, how we see things and interact with those around us. With this change has come a new way of thinking, one focussed not on what we cannot control, but what we can.

It’s these changes that inspired David Djite and Fabian F. Fuchs to develop their new project: Eudemonia. A new film showcasing a different side of snowboarding, one with foundations in the power of positive psychology and the drive to experience the often chased ‘flow state’.

EUDEMONIA – a successful lifestyle based on ethical principles that leads to a balanced state of mind. … [the] reflection about what holds the greatest value in life.

Directors Statement:
For Artist and Director, Fabian F. Fuchs (FFF), it was an opportunity not only to tell a new story, but to find a way to visually bring to life something that’s intangible, untouchable and intrinsically personal. It was this aspect that sparked his interest, moving the film into a space outside of the standard snowboarding films.

“This journey of David Djité is set as an example that we can reach a very empowering state of mind through our own actions. It takes time and effort but already the first steps are rewarding and motivating to keep on going. Going towards a more healthy and balanced life as an individual and as a community”
Fabian F. Fuchs

About David:
David’s journey in snowboarding began when he was introduced to the sport at just 3 years old, quickly swapping his skis for the allure of snowboarding – and he never looked back. Yet where others chased competition or new lines, for David it was the style of the sport, the fluidity of the movement and the freedom of expression that kept him glued to the mountains.
Away from the snow, David’s life extends in a different direction – psychology. His university studies focus not only on the prescriptive aspect of the field, but on the power of positive psychology.

“With this project I wanted to show that despite so much isolation, fear and other problems, we can still do something for our inner flow. I wanted to motivate and inspire people to explore different sides to themselves and view the world from a new perspective, the way I do through snowboarding. Hopefully my own experiences as a snowboarder and as a student of psychology can enable this!”
David Djité

Cinematographer Elmar Bossard Interview:
I first met Elmi when we were shooting for Planetaria in Laax. I knew I’d love to work again with him right then. And for Eudemonia we could finally make this happen. Also due to that David and Elmi live in the same country we could avoid the filmer and rider being separated by covid-border regulations. Which turned out to be a good call. As the season went on the virus didn’t go away and I actually was directing the film most of the time over video calls. Let’s have chat with him and learn about his experiences in the process of filming for EUDEMONIA.
Questions: FFF

Elmi did you film a lot together with David prior to that project or did you have to find a common language and rhythm?I knew David for years, and I’ve filmed together with him on Laax projects like ‚Planetaria‘ prior to that project. Since we had some very unique challenges with EUDEMONIA we definitely needed some time to work out our mutual flow, especially with the follow cams!

EUDEMONIA –
THE FLOURISHING OF ENGAGEMENT IN ONE’S OWN LIFE

Is there a shooting-day or memory from filming for EUDEMONIA that stands out to you?
The overall process itself was the exciting thing to me, we started with nothing and tried to collect shots on a daily basis. But many days it turned out that the footage we got only worked as a reference to film a better version the following day. For example the hectic green part with the tree lines, we filmed this part three times. Every time we tried the snow conditions improved and it turned out that we needed the experience and learnings from the first two tries to end where we are now.

Was there something new or different from your usual shooting practice?
I’m used to shot follow cams and exactly that was the plan all along from the start. But it was Fabi’s vision to have David snowboarding towards the cam. Meaning that I am snowboarding ahead and film the other direction. Especially with the powder shots we had to work on our timing and I had to make sure not to spray David or the cam. Those are things that don’t have to deal with in park shootings really.
And another thing that stands out is that Fabi as a director couldn’t be on location due to the regulations. So every evening we send him the dailies to get feedback and input for the next days. This process was hard at times since he didn’t have the emotional connection to some shots that we might have hiked a whole day for. And with this distance Fabi could judge the results neutrally and just delete a hard earned one from the timeline.

Thank you Elmi for your insights here and for the great footage you contributed to the project.

Shot on location in Laax, Switzerland

Produced in partnership with:
The North Face, K2 Snowboarding, Doodah

NOW GO OUT AND SEEK YOUR EUDEMONIA. 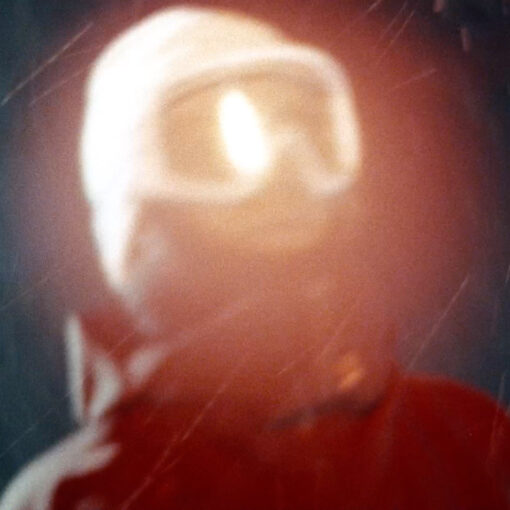 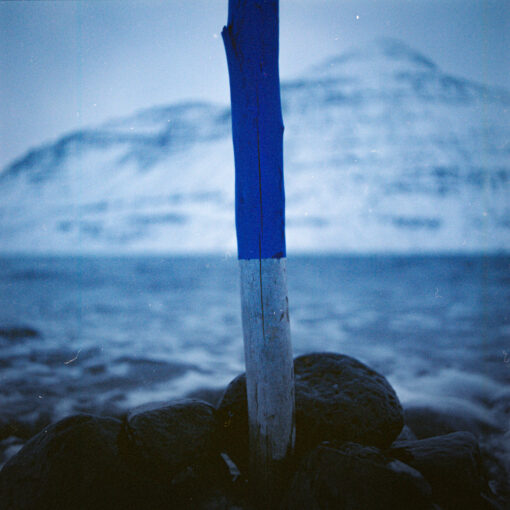 „Rise“ – a conceptual non permanent sculpture by FFF located far out in the fjord of Seyðisfjörður, Iceland.  The sculpture is made […] 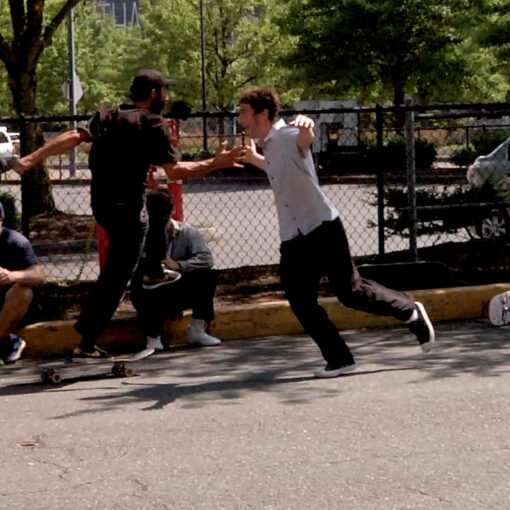 Role: Motion graphics „Pontus contacted me over the summer with the idea to turn Jamie Platt Pro during the world premiere of […] 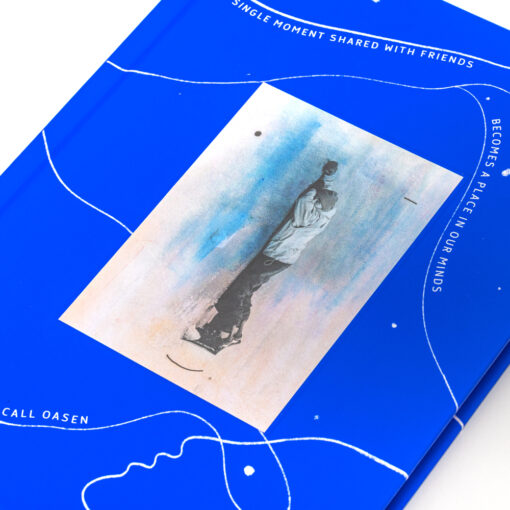 We use cookies on our website to give you the most relevant experience by remembering your preferences and repeat visits. By clicking “Accept”, you consent to the use of ALL the cookies.
Do not sell my personal information.
Cookie SettingsAccept
Manage consent

This website uses cookies to improve your experience while you navigate through the website. Out of these, the cookies that are categorized as necessary are stored on your browser as they are essential for the working of basic functionalities of the website. We also use third-party cookies that help us analyze and understand how you use this website. These cookies will be stored in your browser only with your consent. You also have the option to opt-out of these cookies. But opting out of some of these cookies may affect your browsing experience.
Necessary immer aktiv
Necessary cookies are absolutely essential for the website to function properly. These cookies ensure basic functionalities and security features of the website, anonymously.
Functional
Functional cookies help to perform certain functionalities like sharing the content of the website on social media platforms, collect feedbacks, and other third-party features.
Performance
Performance cookies are used to understand and analyze the key performance indexes of the website which helps in delivering a better user experience for the visitors.
Analytics
Analytical cookies are used to understand how visitors interact with the website. These cookies help provide information on metrics the number of visitors, bounce rate, traffic source, etc.
Advertisement
Advertisement cookies are used to provide visitors with relevant ads and marketing campaigns. These cookies track visitors across websites and collect information to provide customized ads.
Others
Other uncategorized cookies are those that are being analyzed and have not been classified into a category as yet.
SPEICHERN & AKZEPTIEREN